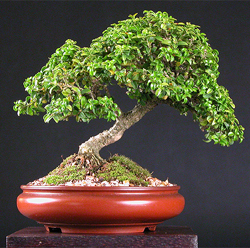 With over 70 species in the Buxus family, there is a tree to suit everyone. Buxus microphylla is a branched evergreen shrub that can grow in shade or full sun. It has naturally small leaves that are great for making a bonsai. 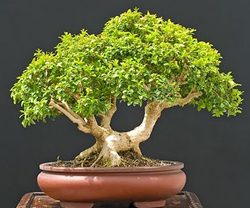 Outdoor/Indoor Use: Both. This bonsai can be grown indoors or outdoors.

Light Requirements: It likes full sun but does also well in partial shade. Inside you can put it next to the window.

Pruning/Training: During spring or summer to display branches more and to open the crown, cut away some of the secondary inner branches. You should pinch back new shoots by half when they reach 1/2 inch long to maintain the bonsai shape. Pinching and cutting should be done by during growing season.

Bonsai Style: You can use most of the bonsai styles to shape this tree.

Repotting: It should be repotted every two or tree years. This plant likes acid well-drained soil. You can use a standard bonsai soil mix.

Hardiness: Does best in the USDA Zones 6-8. Japanese Kingsville Boxwood Bonsai Tree is a hardy tree but needs to be protected from frost and cold winds.

Insects and Diseases: Overwatering might cause the root rot.  Sometimes could be troubled by mites, scale and leaf miners. 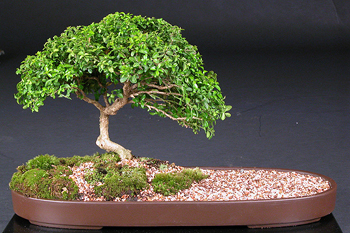