This Crabapple Tree, also known as Malus sargentii, was collected a year ago. In this post, I will show you how to air layer this tree to create a bonsai. Air layering technique is one of my favorite, because it saves you time and money. You can select the part of the tree that would make the best bonsai composition.

A lot of people think that air layering is difficult, but in fact it is very simple technique. The most important thing for successful air layering is TIMING. The best time for air layering technique is an early spring when the buds are just starting to go green and you can see a beginning of the leaf.

Items you will need:

Select the part of the tree that you would like to use as a bonsai material. Think what kind of style you can develop from it. Mark the area where you will be removing the bark. You don’t have to go in exact circle, it can be on an angle. Using a sharp knife, cut the bark and lift it away. 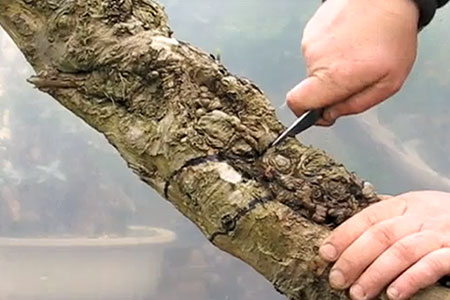 This time of year, the sap beginning to rise making it is easy to remove the bark. It will pop up easily leaving nice clean wood underneath.

After you’ve removed the bark, give the wood some scraping to remove cambium layer. This layer makes trunk, branches and roots grow in diameter. It also brings sugars and carbohydrates from the leafs down to the roots. By removing it, the sugars will build up at the top layer of the bark that remains and creates tissues that are needed for root development. 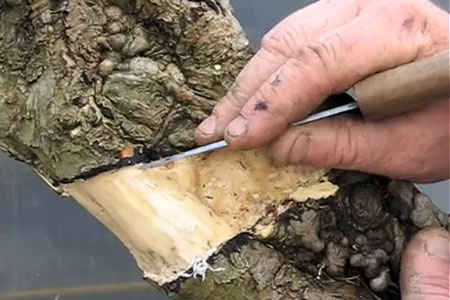 Next, go over the edges of the bark and re-cut it. This will remove any tissues that were damaged or bruised while you were removing the cambium layer. This will expose cells that will root much faster. 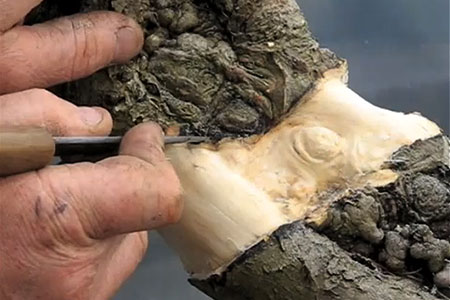 Wrap light weight plastic bag around the trunk. It will be used to hold the sphagnum moss which will encourage this tree to root. Secure the bag with a piece of tape at the bottom. 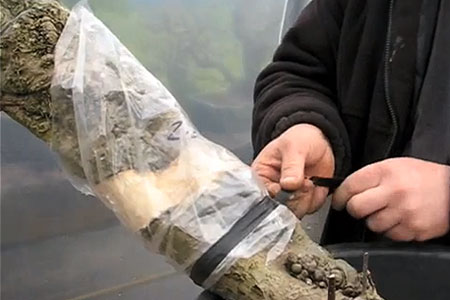 Sphagnum moss should be soaked in water before application. Make sure it is damp, but not dripping. Pack the bag with moss very tightly. You can also use a foil instead of plastic. The reason I like plastic more, is because you can see when the roots has formed. After you packed the plastic with moss all around the wound, wrap it with more see through plastic to create a pressure against the cut. If there is a void between the moss and the cut, the roots might not develop. 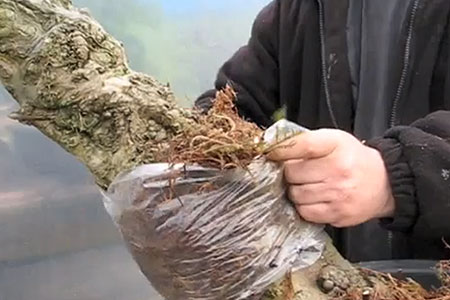 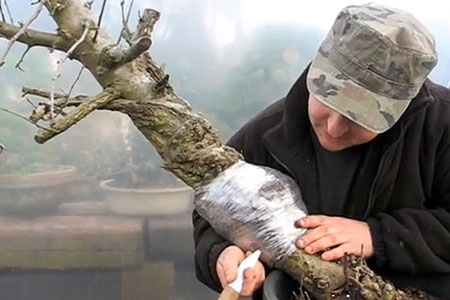 After a while, the cambium layer will start to form at the top of the remaining bark and this will produce new roots. You will be able to see a white root tips as they grow through the moss and come out to the plastic. When you see a lot of white roots, you can remove the plastic and cut the tree with the saw.

Your final step would be planting it into a nursery pot. After a year or two when the tree has established, you would be able to clean up the roots and repot it the regular way.